A legendary English explorer, author, public speaker, anthropologist and filmmaker, Dr. Lawrence Blair storytelling shares the creatures and peoples of the Indonesian archipelago, delving into the mysteries of what it means to be human. Dr Lawrence Blair is a “rock’n’roll” adventurer on a mystical mission. From his Balinese hideaway, he shares his life lessons from this world and beyond.

“Adventure travel has less to do with what’s there to be seen as what we have in us to see. We can travel the globe and see nothing, or wander through our own gardens and be filled with awe by what we’d previously never imagined. For me, Indonesia remains one of the last wild bits of the bottom of the garden of our world” – Dr Lawrence Blair

Dr. Lawrence Blair is an explorer, film maker, author and public speaker on the peoples and creatures of Indonesia. A resident of Bali, he has assisted and led marine expeditions throughout the archipelago since the Lindblad Explorer – the first genuinely exploratory tourist ship – broached the Spice Islands in l978. His onboard companions have included Mick Jagger, Jerry Hall, Sir Peter Scott, Ron and Valerie Taylor, Sir Michael Cowdray, Baron Von Schenk, Larry Summers, Richard Dawkins and numerous luminaries, less publicly known, in the fields of science.

He is also the writer, presenter and co-producer of the PBS and BBC TV adventure series Ring of Fire, winner of two EMMY awards, aired in over sixty nations, and introduced by Richard Gere. Lawrence also wrote the companion book Ring of Fire, describing the ten years of filming his Indonesian explorations.

Educated in Britain, France and Mexico, Lawrence Blair earned his doctorate at Lancaster University, England, with a thesis which explored and defined the field of Psycho-Anthropology. This was subsequently published as the highly successful book: Rhythms of Vision – The Changing Patterns of Belief.

In 2005 and 2006 he wrote, presented and co-produced for SKY TV UK, the 5-part series Myths Magic and Monsters. Lawrence has lectured and appeared widely on international radio and tv, elucidating psycho-anthropology, tribal mysticism and the ‘secrets’ of Indonesia. 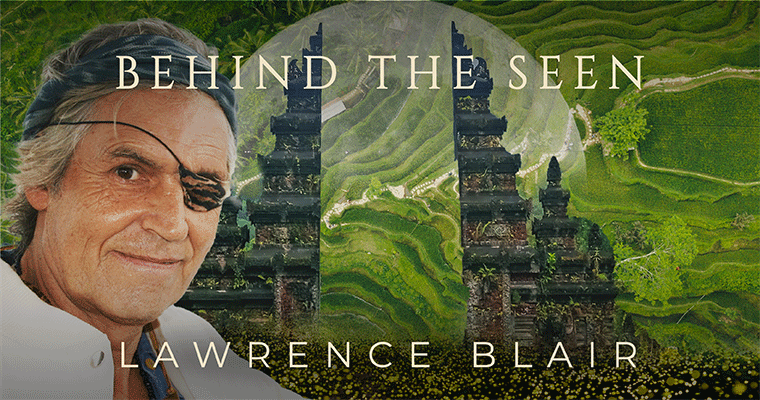 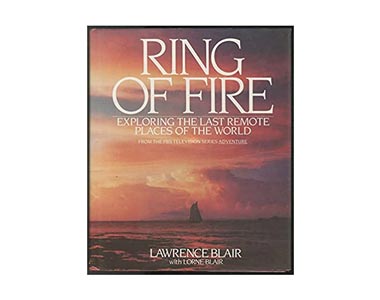 Exploring the Last Remote Places of the World 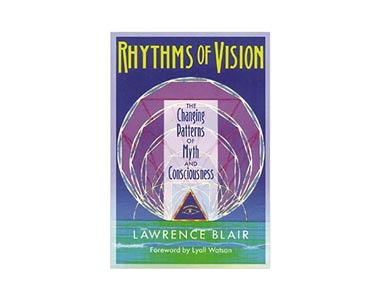 The Changing Patterns of Myth and Consciousness