The Urgency of Now

British French American Sebastian Copeland is a world-renowned polar explorer, climate researcher, environmentalist, photographer and author. His personal commitment to fight for the protection of our environment and relentless pursuit of a sustainable future has led Sebastian to focus on visual arts as a tool for documenting social change by re-tooling his climbing and mountaineer adventure skills for polar exploration.

Copeland was twice named Photographer of the Year and has addressed the U.N., governments, universities, and Fortune 500 companies to warn of the systemic transformations taking place in the polar regions and their geopolitical consequences. Sebastian’s work has been featured in National Geographic, GQ, Marie Claire, Elle magazine, Vanity Fair, Outside, American Photo, The New York Times, People Magazine, USA Today, Paris Match as well as on NBC, CBS, NPR, CNN’s Larry King Live, and hundreds of other international media outlets and publications.

Sebastian Copeland’s activism efforts for social change have granted him a seat on the Board of Directors for the US Branch of Mikhail Gorbachev's Green Cross International as well as Shine On Sierra Leone. His work has also been recognized three times at the International Photography Awards in 2006 and 2007, most notably the Professional Photographer of the Year award for his bestselling book Antarctica: The Global Warning. In 2019, Copeland was awarded by French President Emmanuel Macron the National Order of Merit.

About The Explorer's Club

Founded in New York City in 1904, The Explorers Club promotes the scientific exploration of land, sea, air, and space by supporting research and education in the physical, natural and biological sciences. The Club’s members have been responsible for an illustrious series of famous firsts: First to the North Pole, first to the South Pole, first to the summit of Mount Everest, first to the deepest point in the ocean, first to the surface of the moon—all accomplished by our members.

The Explorers Club flag represents an impressive history of courage and accomplishment and has been carried on hundreds of expeditions by Club members since 1918. To carry the Club flag is an honor and a privilege. It has flown at both poles, from the highest peaks of the greatest mountain ranges, travelled to the depths of the ocean, to the lunar surface, and outer space. A flag expedition must further the cause of exploration and field science. Today there are 202 numbered flags, each with its own history.

The seven founding members included two polar explorers, the curator of birds and mammals at The American Museum of Natural History, an archaeologist, a war correspondent and author, a professor of physics and an ethnologist. Today the membership includes field scientists and explorers from over sixty countries whose disciplines include: aeronautics, anthropology, archaeology, astronomy, biology, ecology, entomology, mountaineering, marine biology, oceanography, paleontology, physics, planetology, polar exploration, and zoology. 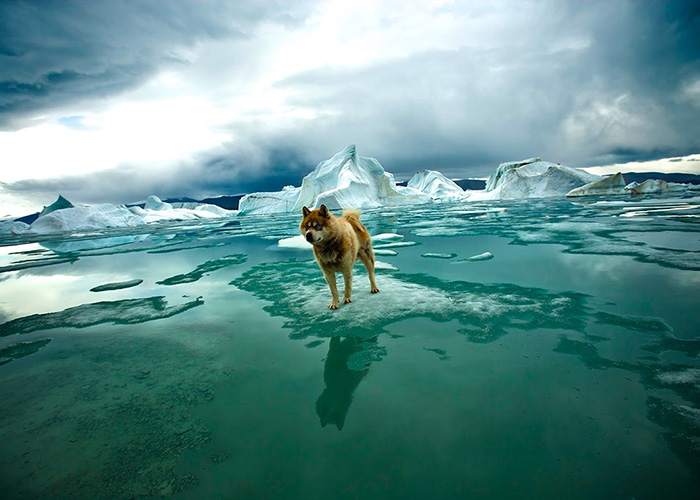 How Critical Is Ice To Our Future?

Ice represents the fresh water reserves for the planet. Snow and ice also play a critical role in regulating the Earth’s climate as cooling agents. Ice reflects by reflecting the sun’s rays back into space rather than being absorbed into the ground and converted to heat trapping infrared light energy. It’s called the Albedo effect. In this message, Sebastian explains how the Polar Regions have been the principle agents in offsetting the heat generating from the warmer latitudes. Antarctica is quick to point out that we are no more enduring than the thirty million species inhabiting this Earth. Climate change has no passport and should be addressed. 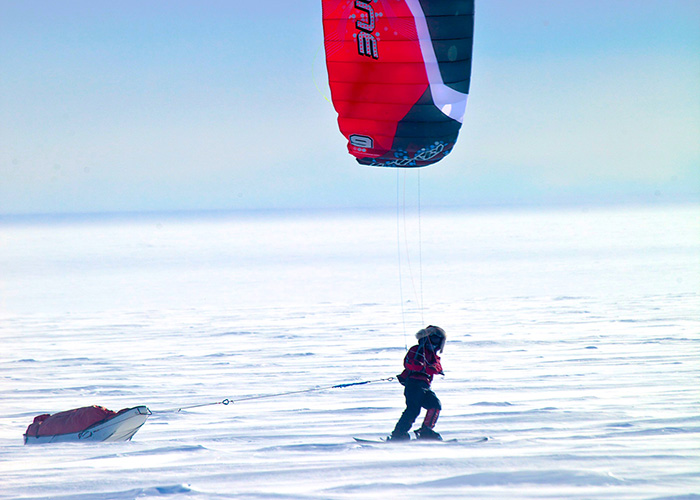 A Perfect Reason to Love Our Planet

Our planet, over the last 450 million years alone, has seen 5 mass extinction events. Explosive demographic growth tied to a persistent disregard for sustainable development has placed exponential stress on the environment. Biologists believe that our period, the Holocene, is at the onset of the 6th mass extinction event, which could see upwards of 75% of today's species gone by the end of the 21st century. Given its direct impact on the planet, climate change is a constant travelling companion. After my many expeditions, I am fond to say that he who travels the land will soon become an advocate in its defense. In this episode I stress that we need to reconnect with nature and commit urgently to the principles of sustainability and take that as the next logical step in evolutionary terms. 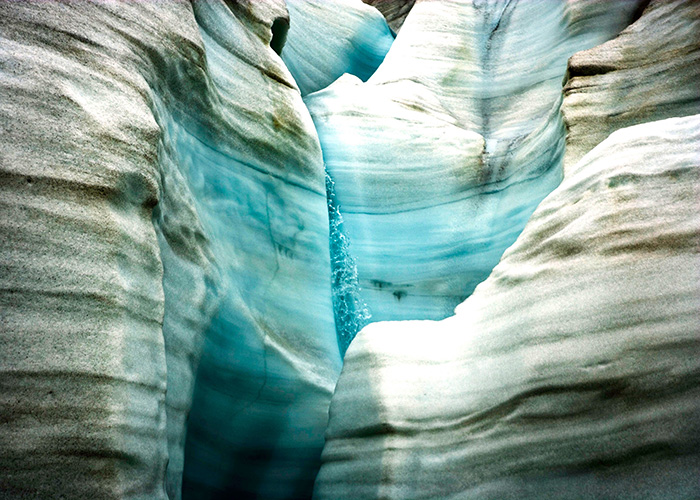 Why We Need to Switch Now To Cleaner Energy

The last couple of consecutive years have been the hottest on record. In this segment Sebastian shares how rising temperature trends can be traced to higher concentrations of greenhouse gases in the atmosphere and their associated feedbacks, both from human activities. Globally, it is well understood that heat waves spark deadly wildfires, tornadoes, hurricanes, and provoke extreme drought, not to speak of floods and mudslides from the melting snow pack. But the fires in the Arctic and sub-Arctic regions are especially detrimental to the ice. The resulting black soot deposits that spread over thousands of square miles darken the white cover over its surface. The dark ice absorbs heat and negates the albedo effect, speeding up the melt process. 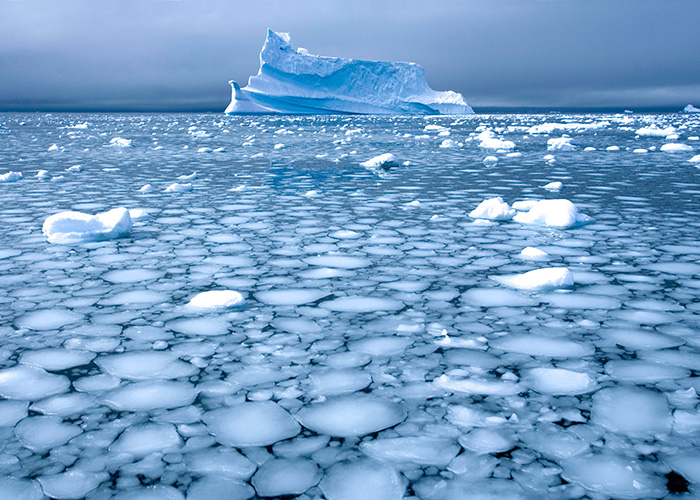 What’s Your Attitude towards climate change

To some, the warming Arctic announces a boom time. The Arctic presents the world’s last untapped resources of minerals, fish, and forests, not to mention fossil fuels, and the opening of shipping lanes in the Arctic Sea that were prohibitive with permanent ice cover. Societies and governments worldwide have prevailed in the face of overwhelming scientific evidence linking alarming climate change to anthropogenic activities. Sebastian explains in the segment how today the 5 countries - US, Canada, Denmark, Norway and Russia - that stand to benefit from these resources are squabbling over territorial ownership. These attitudes could be compared to passengers aboard the Titanic fussing over bathing suits. Humans traditionally were close to nature and respectful of its harvest, now, we’re manipulating that relationship. 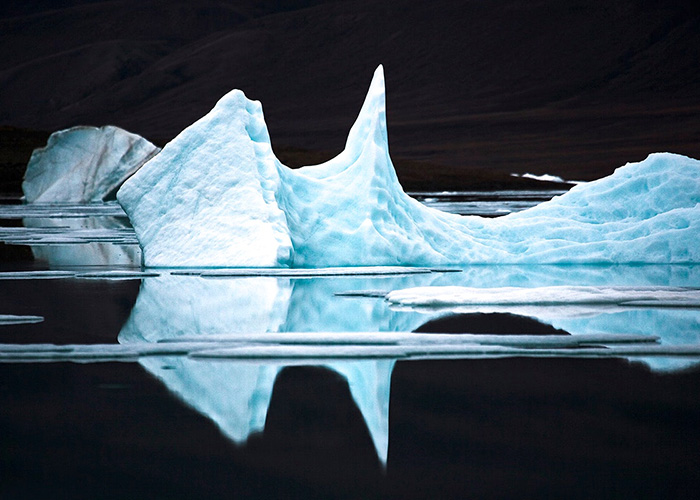 One Very Good Reason We Have To Switch To Cleaner Energy

Methane is a greenhouse gas that is 84 times more potent than carbon dioxide in the first twenty years of its release. Off the Siberian Arctic Shelf alone, stored in about seventy meters of ocean depth, are an estimated 1,000 to 5,000 Gigatons of trapped methane. Recent studies point to an increase in methane release from both the thawing permafrost and the ocean floor, associated with rising temperatures. Scientists believe that high levels of methane released 252 million years ago were responsible nearly wiping out all life on Earth. It took ten million years to recover. In this segment Sebastian shares the great importance of living with cleaner energy. As long as the ground stays frozen, the carbon remains stored. 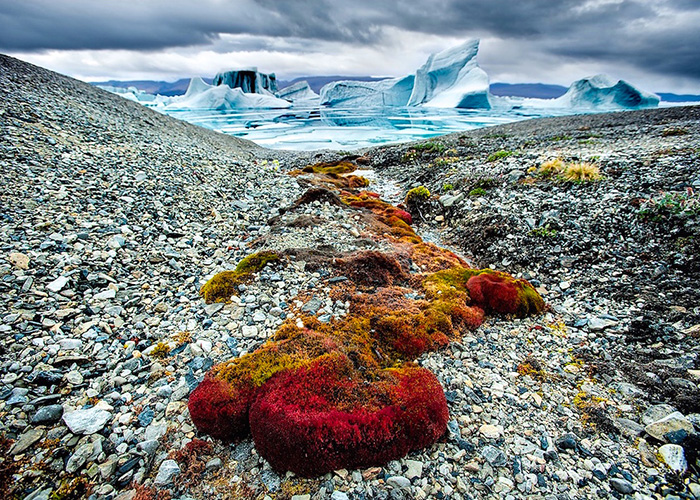 Some Geopolitics Facts That Will Shock You

Changes in climate are occurring at rates that are ten times faster than any previous period in the last 65 million years. Drought is growing in many areas around the world. As a result, the price index of commodities rises, and food riots break out. That is largely the scenario that led to the “Arab Spring”. In 2010, the leading producers of grain in Russia and its neighboring states were forced to freeze exports following the massive drought and wildfires that claimed 30% of their production for that year. Within months, a man set himself ablaze in a Tunisian market in protest of escalating food prices. That was the spark that ignited the largest domino uprising for countries of North Africa and the Middle East, all grain importers. Sebastian shares his research on how no agent is more effective at spreading social instability and conflicts than food shortages and human displacement. 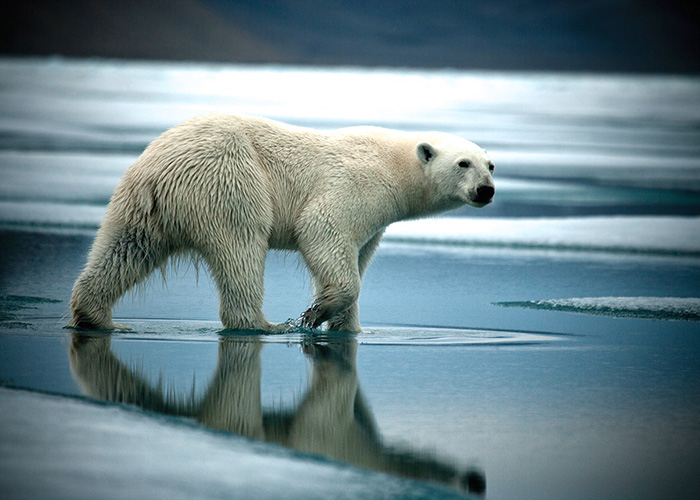 Stuff You Didn’t Know About the North & South Poles, And Probably Should

Did you know that the Arctic, the North Pole, claims the last major land discovery on the planet? The Arctic—in opposition to its sibling in the South, referred to as Antarctica —is, for the most part, a frozen ocean surrounded by continents. Another notable difference between the two regions are their respective signature fauna: the penguin is indigenous to the South; the Polar Bear to the North. Neither has ever crossed the equator. While Antarctica is an elevated ice sheet frozen year-round, a majority of the Arctic is at, or near, sea level. This makes it much more vulnerable to small variations in air or sea temperatures. In this segment Sebastian shares the shocking model calculations pointing to a total retreat of the summer ice by 2035, a first in more than three million years. 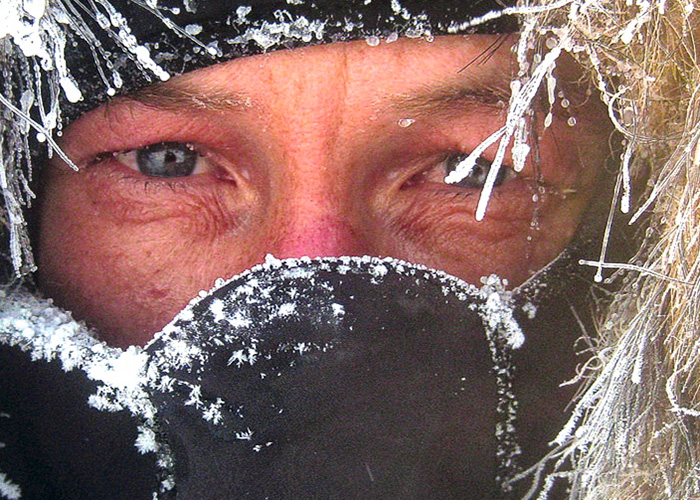 Sebastian states in this episode that history judges harshly. In the year 2100, historians will look back on today’s industrial societies, in search of clues to the root of their condition. A century of carefree development has set humanity on a collision course with Nature. Recent years have shaped a divisive fork in our attitudes towards development: one that pits the old world’s carbon economy against the new world’s renewable vision; short term gains against global welfare; conscience against greed. We live in the most advanced technological civilization in our history, yet we settled on carbon, 2 centuries ago, as the low hanging fruit. In the Arctic, the ice that weeps before it dies cannot be overlooked as a symptom for our planet. 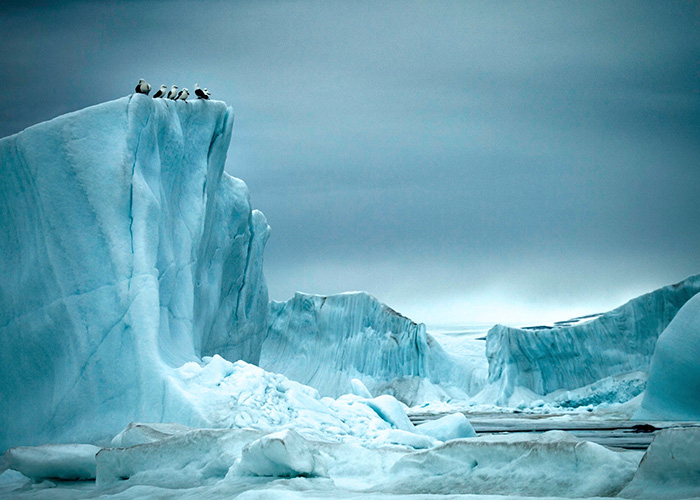 Warming in the Arctic is but the continuation of what has already been transforming trends in a region that went virtually unchanged for thousands of years. As can be expected, those changes are disrupting local life—both human and animal. The Inuit’s hunter’s code, a corner stone of the culture passed on through so many generations, is proving no match to globalization. They note a decline in walrus and seal populations, and changes in migration patterns while the winter hunting conditions have become more dangerous due to the weak ice. In some instances, the changing climate has influenced the bears’ genetics, showing reduced body size, growth and lower survival rate of its young. Sebastian presses in this segment to help preserve with many unique social cultures like the Inuit, and to preserve life. 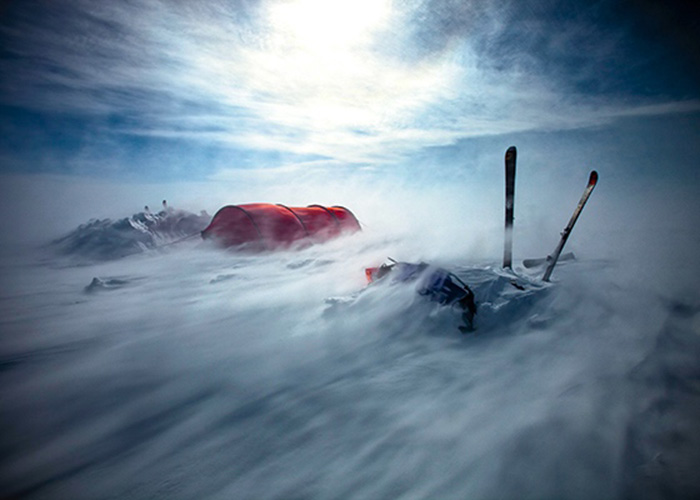 Sebastian calls out during this show that climate change is happening at rates that are 10 times faster than anytime during the last 65 Million years. There will be no summer ice on the arctic sea by 2040, which has not happened in one million years or more! Without dramatic and immediate action, we are on par to see temperatures rise in the order of 4C to 6C by the end of the century. In those conditions vast areas become uninhabitable for humans and many species; farming and food commodities are stressed. There is not food for everyone, so conflicts erupt to protect basic commodities. Forest fires grow in scale and frequency worsening the problem. It's unchartered territory for humans, and civilization as we know it will be fundamentally threatened.