This series touches on the stories and moments of some of Frederique van der Wal’s unique friends. Frederique discusses stories about life, work, dreams and experiences with her fellow New York friends. Life Cycles is a feel good human interest series, showcasing both lighthearted moments and serious subjects. We get to know Frederique van der Wal and the people she meets in New York - the city where dreams come true.

Frederique van der Wal, one of the most recognized faces in the modeling world, has taken her phenomenal global success in fashion and beauty, and translated it into a career that spans the worlds of fashion, film, television and business.

Frederique has appeared on the covers of beauty and fashion magazines worldwide, including Vogue, Harper’s Bazaar and Cosmopolitan; in prestigious campaigns for Revion, Guess, ATT and Victoria’s Secret, and has been profiled in such varied magazines as Forbes and InStyle.

Frederique has also produced and hosted numerous television shows and segments – as The Mole in the Hawaii celebrity edition of ABC’s popular TV series, and as the host and producer of TLC’s Cover Shot in the US but also programs in Europe like The Face, where she was a featured judge in the first season of the modeling competition.

Additionally, Frederique hosted and produced a television series with the FYI Network (a subsidiary of A&E Networks), HomeGrown Makeover with Frederique and Carter in 2016, centered around home renovations using flowers and plants. The show is still being broadcast internationally.

She has also been recognized as a skilled entrepreneur, as a guest lecturer at Harvard University, and the recipient of the Marie Claire Entrepreneur of the Year Award.

Frederique’s native Holland bestowed the great distinction of naming a lily in her honor. The Frederique’s Choice Lily was unveiled at a ceremony in Amsterdam, and inspired her to develop, produce and host a television docu called The Invisible Journey with the Discovery Channel. This led her to create a brand within the flower industry called Frederique’s Choice.

Her sense of humor and style have earned Frederique a large following of fans. Today she remains active dividing her time between her work, numerous charities, and mother to daughter Scyler. 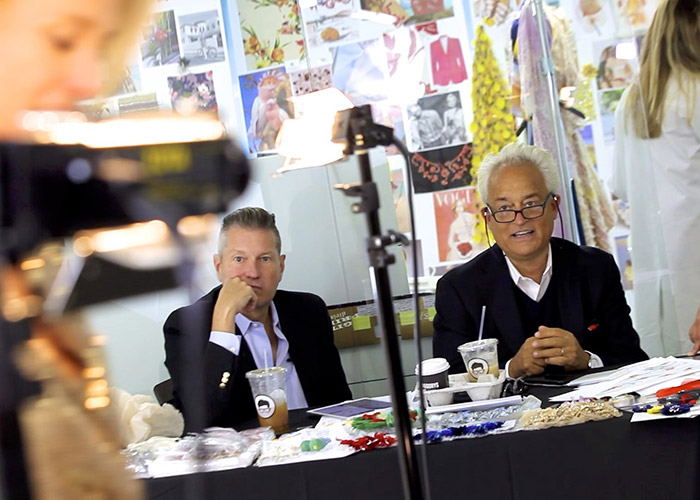 Leading up to fashion week, Frederique chats during a fitting with fashion icons Mark Badgley and James Mischka who are best known for their timeless brand, Badgley Mischka. Amid the hustle and bustle of their backstage mid-town New York showroom, the supermodel asks the fashion icons deep questions about their relationship and what has contributed to the success of Badgley Mischka. 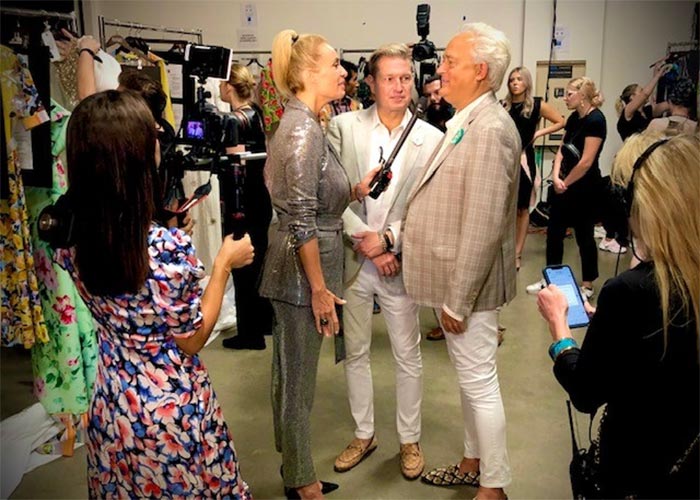 Fashion shows are a key component to the industry, showcasing seasonal debuts for top global brands. The industry’s buyers, influencers, bloggers, celebrities, and fashion editors travel from across the world to decide in minutes what styles become the next best trend. Now more than ever, it's key to come out strong. The fashion industry can be fierce, but Mark Badgley and James Mischka have been gracefully riding the wave of this ever-fluctuating industry time and time again. 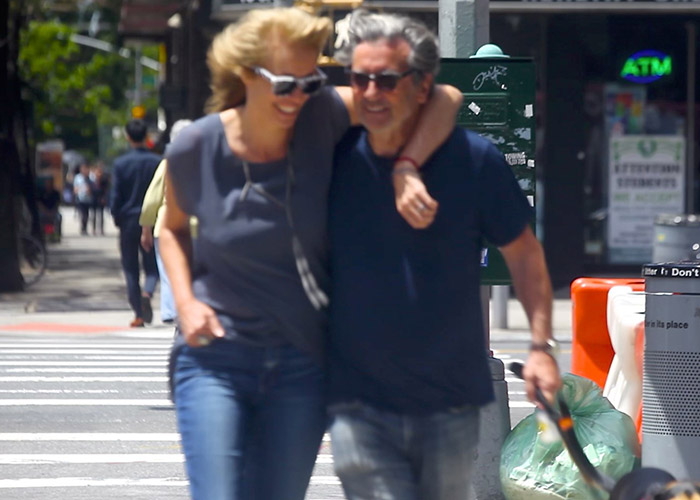 Frederique catches up with actor, producer, director, longtime friend and tennis buddy, Griffin Dunne at his East Village apartment in New York City. As they catch up and walk Griffin’s dog through some of Frederique’s favorite streets in the neighborhood, they discuss the balancing act of personal life and the fast-paced entertainment industry. 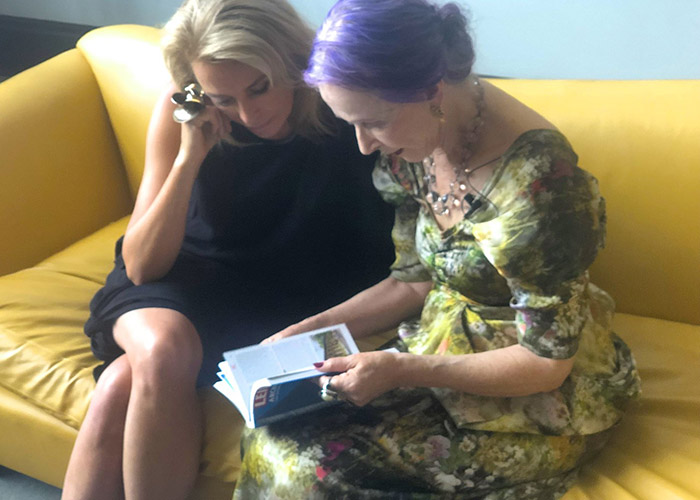 In this episode of Life Cycles, Frederique visits with Beatrix Ost at her duplex located in the historic Hotel des Artistes building of New York City. They discuss 3-dimensional art, family, and the ups and downs of that have led them through life. As they are both creative women who moved to New York from Europe in the early days of their respective careers, they find many similarities and parallels between their lives. Beatrix Ost’s long and colorful life story equally fascinates and inspires. 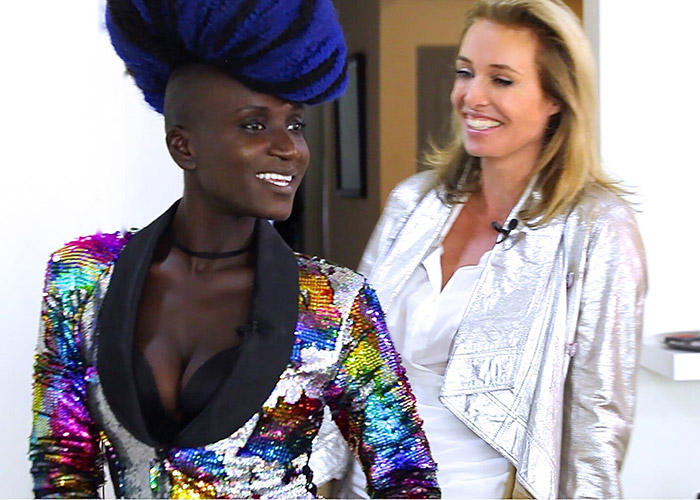 The young Senegalese musician and fashion designer, Marieme has opened for Akon, designs her own costumes, and wholeheartedly believes in being uniquely oneself. Moving as a little girl from Senegal to New York City, she talks with Frederique about music, fashion, self-empowerment and what it means to be a woman in the entertainment industry. Watch the candid conversations unfold as she prepares for her next showcase at the legendary Alphabet city’s, Nublu 151. 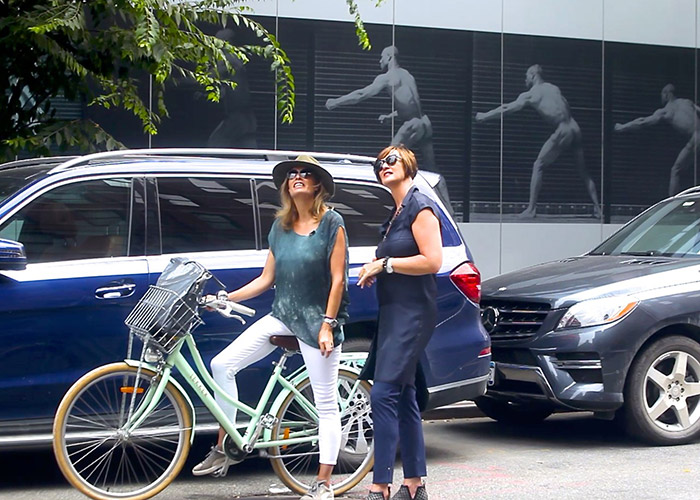 Winka Dubbeldam and Frederique meet at Inscape meditation space- a self-regulating oxygen dome. Winka Dubbeldam is a dutch architect, the Partner of Archi-Tectonics, and the Miller Professor and Chair of Weitzman Architecture, University of Pennsylvania. The two Dutchwomen make their way to Tribeca to see some of Winka's recent projects in New York City. Read more. 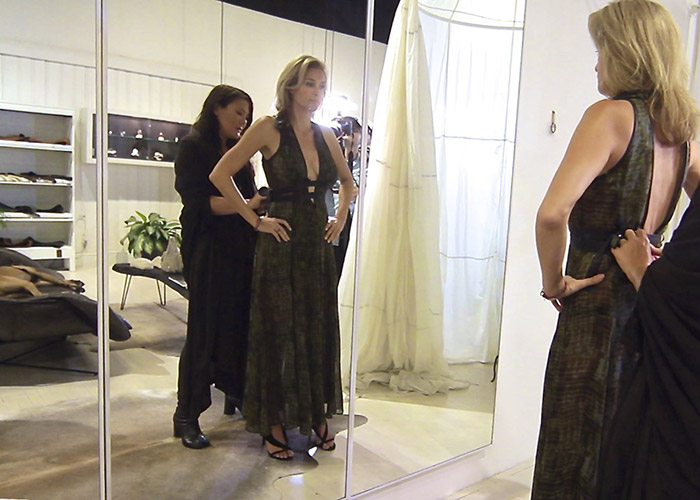 Sourced From Nature, For Nature

Frederique and Nicholas Kunz sit down at the Nicholas K store in Soho, surrounded by her husband, her brother and dog. Besides the unique collection which is designed and created with naturally sourced fibers, Nicholas Kunz shares the importance of sustainable manufacturing and its global impact. 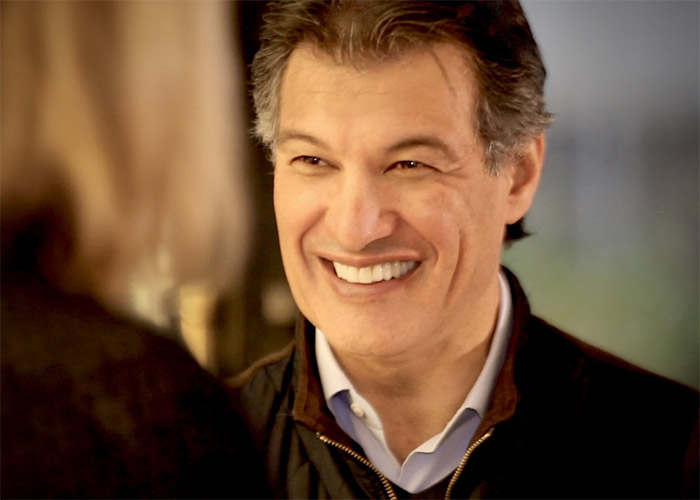 Frederique gets together with old friend, colleague, celebrity hairdresser, and blonde aficionado, Frederic Fekkai, at his luxurious Madison Avenue salon in the heart of New York City. They discuss old times, creativity, and what drives their inspiration. Frederic also shares some hair tips and why he is passionate about making quality hair products accessible through his brand, FEKKAI.