Films and docu-series to indulge your inner wanderlust. Adventure from the edge of the Earth to the world’s coldest temperatures, explore uncharted territory, experience vibrant countries, and meet indigenous cultures. 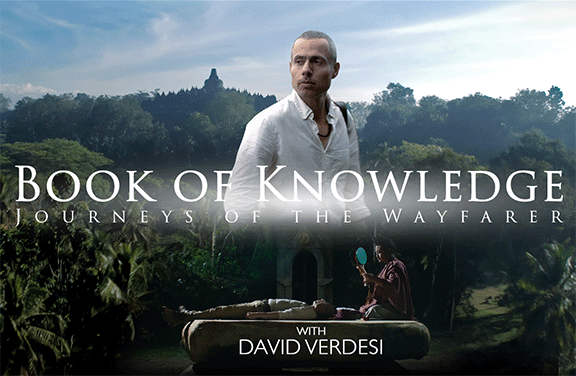 Spiritual anthropologist, David Verdesi takes us along a cross-cultural journey which lasted over 30 years of his life in search for one thing: life’s purpose. His journey led him to exotic, unforeseen locations in every corner of the globe, learning spiritual and bodily practices by enlightened beings, monks, shamans, and philosophers for experiences very few individuals have endured. It wasn’t until years later that Verdesi realized his odyssey had much greater meaning than these physical, geographical experiences – his journey allowed him to discover, retrieve and relearn the lost parts of his being, soul and mind. 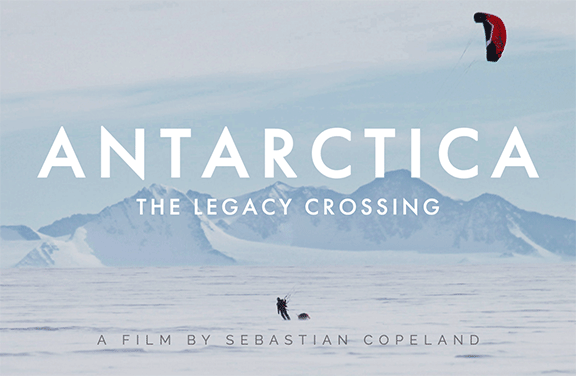 Antarctica, the Earth's southernmost continent and larger than the continental U.S., boasts the coldest temperatures to date and the most vicious storms. Throughout history, countless explorers have died attempting to cross its vast intimidating geography. No man has ever successfully traversed down Antarctica's East Coast through the Pole of Inaccessibility to the West Coast of Antarctica- until now. Sebastian Copeland, polar explorer, climate researcher, photographer and author, together with explorer Eric McNair-Landry document the harrowing historical journey in this feature documentary, Antarctica - The Legacy Crossing. 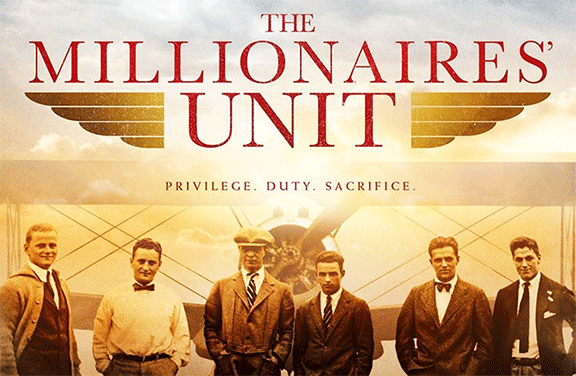 The Millionaires’ Unit is the story of a group of privileged Yale University students who during World War One’s call to arms, which did not include aviators, formed a private air militia in preparation for America’s entry into WWI. Known as the First Yale Unit, dubbed ‘The Millionaires’ Unit’ by the New York press, these young men became the founding squadron of the U.S. Naval Air Reserve and were the first to fly for the United States in the Great War. Only 13 years after the Wright Brothers' first flight, these affluent young men took on the charge voluntarily. Their service and sacrifice is the great untold story of American aviation in World War One. ... Narrated by Oscar®-nominated actor Bruce Dern, grand-nephew of one of the pilots, this documentary epic was filmed in England, France and Belgium and along the Eastern Seaboard Winner of multiple Best Documentary Feature film festival awards, The Millionaires’ Unit features stunning re-enactments and dogfights filmed air-to-air with period aircrafts. Using the words of these pioneer aviators from their letters and diaries, the documentary tells the story of young men coming of age as America was coming of age as a world power. 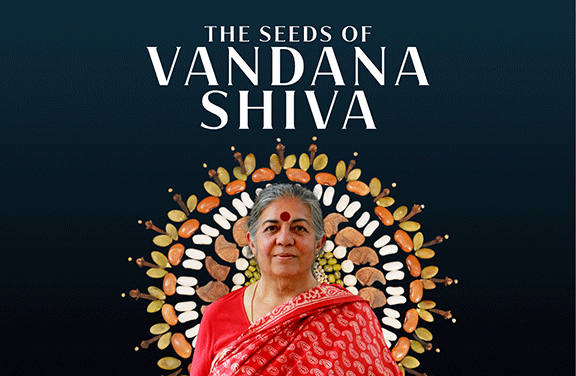 The Seeds of Vandana Shiva

The Seeds of Vandana Shiva focuses on the people, circumstances and seminal events in Vandana’s life—what shaped her thinking and defined her purpose. It also shows how the battle against multinational agribusiness has become an international struggle between two visions for feeding the world: The first, a multinational corporate model of chemically dependent monoculture that rewards a capitalist imperative of profit and growth. And the other, ‘Earth Democracy, that honors ecology, biodiversity, sustainability and community—what Dr. Shiva demonstrates is the only way forward for the future of food. 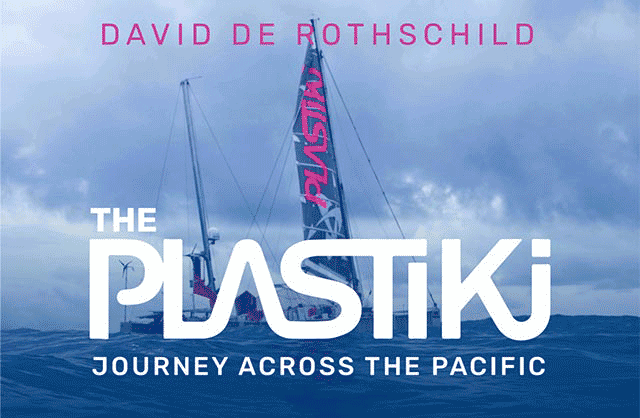 Exclusive satellite interview from the Pacific Ocean with British explorer, ecologist, and environmentalist David de Rothschild and his crew aboard The Plastiki, a 60-foot catamaran built entirely of recycled plastic bottles. He shares his day-to-day experiences, weather challenges and the marine life they encounter. This 8000-nautical mile journey across the Pacific Ocean from San Francisco to Sydney is a revolutionary expedition of ecological importance with a mission and dream of giving our oceans a voice. 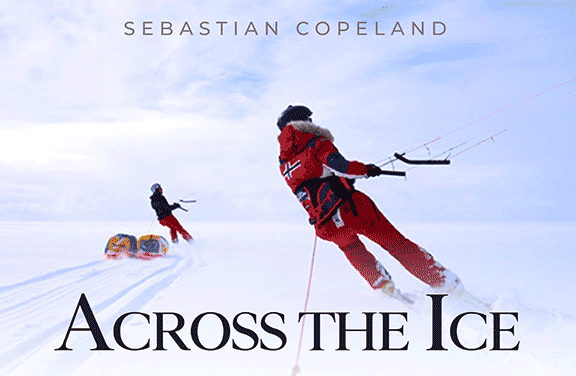 Across The Ice: The Greenland Victory March

Sebastian Copeland’s second feature documentary Across the Ice chronicles a record-setting expedition covering 2300 km of Greenland’s south to north axis on skis and kites, lasting 42 days. This journey, accompanied by fellow adventure partner and friend, Eric McNair-Landry, netted a Guinness Book World Record for the longest distance traveled (595km) in 24 hours. The team faced ferocious storms, restless nights and sub-zero temperatures yet overcame all obstacles for a historical adventure that triumphs fearless individuals and embraces true heart. This is their story. 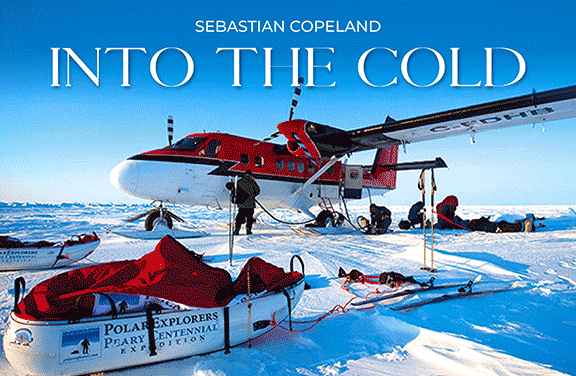 Into The Cold: A Journey of The Soul

Sebastian Copeland's Into The Cold: A Journey of The Soul retraces an exhilarating and dramatic 400-mile adventure across what experts refer to as one of the most challenging geographical environments in the world: The Great North. This film, which was premiered at the Tribeca Film Festival and since received numerous awards, follows noted environmental advocate, photographer and polar traveler Sebastian Copeland and his partner, Keith Heger for an expedition that tests commitment, courage, bravery, and survival. 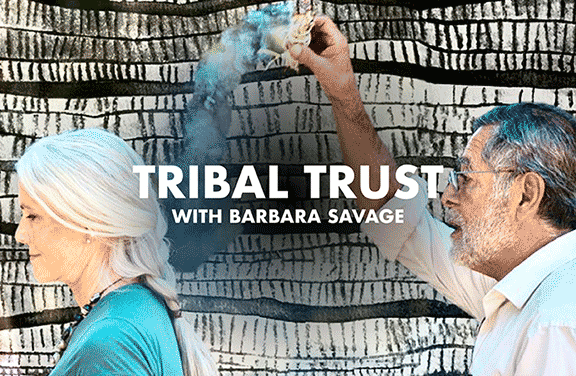 Indigenous peoples and their anthropological contributions have built the foundation of our being. Tribal Trust captures Barabara Savage, author and indigenous peoples activist on the ground with indigenous tribes in the bio-diverse regions of Namibia and Zimbabwe. During this time of both peril and promise for vulnerable indigenous communities, Savage aims to tell their stories and reinvigorate society with their knowledge and traditions. This real-life narrative connects the unfiltered dialogues and experiences of remote peoples to the rest of the world- before it’s too late. 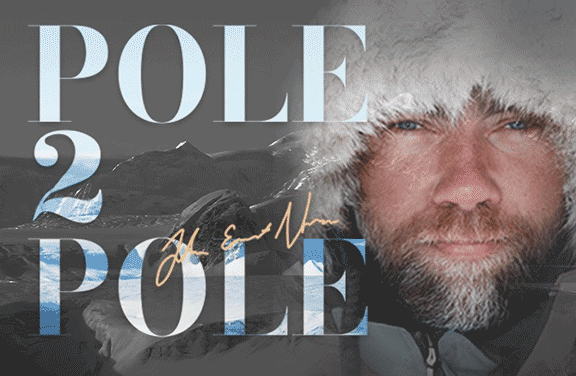 After 45+ expeditions throughout over 150+ countries, one of the world's leading adventurers and visionaries of conservation, Swedish explorer Johan Ernst Nilson dawns upon his biggest adventure yet. Follow his journey across the planet from the North Pole to the South Pole in Pole2Pole. The 525 day mostly carbon-neutral trek covers 20,000 miles by means of skis, dogsled, boat, bike and kite. Pole2Pole is not only one of the most difficult adventures he’s ever attempted, but also one of his most philanthropic adventures. Johan visits charities along the way to share their stories and raise global awareness. Purchase Johan's Pole2Pole book! 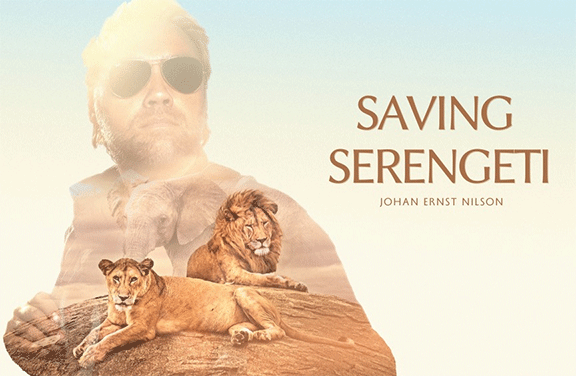 During 45+ expeditions in 150+ countries explorer Johan Ernst Nilson has seen animals disappear in front of his eyes. Extinction of species is one of our major problems here on Earth, and in this feature film, we follow Johan Ernst Nilson on his 7-day walk through the Serengeti to raise awareness and funds to stop the illegal poaching of African wildlife.