The Millionaires’ Unit is the story of a privileged group of college students from Yale who formed a private air militia in preparation for America’s entry into World War One. Known as the First Yale Unit, and dubbed ‘the millionaires’ unit’ by the New York press, they became the founding squadron of the U.S. Naval Air Reserve and were the first to fly for the United States in the Great War.

Using the words of these pioneer aviators from their letters and diaries, the documentary tells the story of young men coming of age as America was coming of age as a world power. Their service and sacrifice is the great untold story of American aviation in World War One. 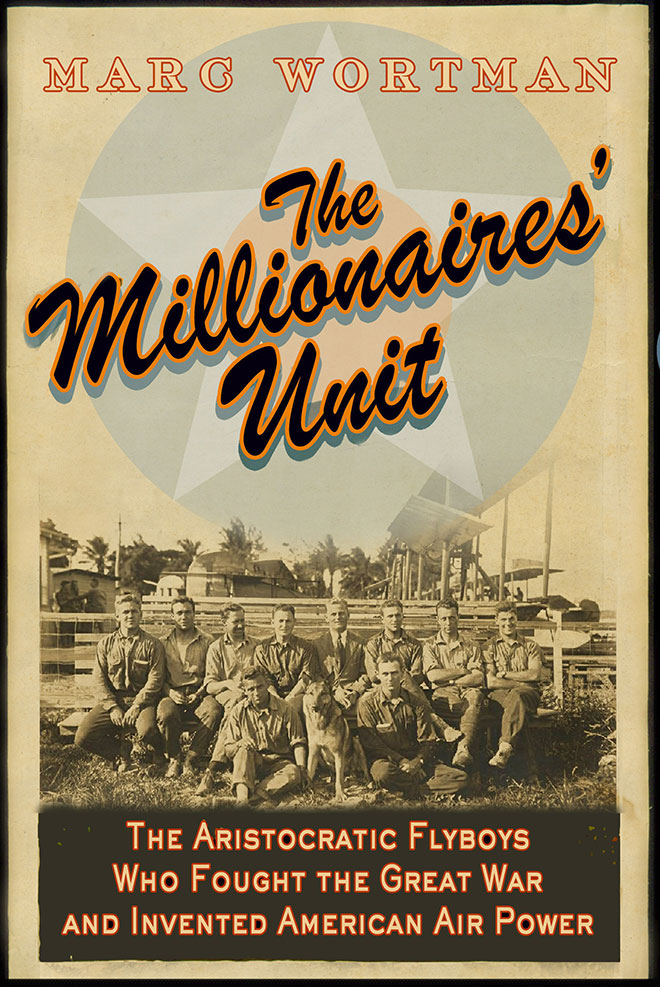 The Millionaires’ Unit is the story of a gilded generation of young men from the zenith of privilege: a Rockefeller, the son of the head of the Union Pacific Railroad, several who counted friends and relatives among presidents and statesmen of the day. They had it all and, remarkably by modern standards, they were prepared to risk it all to fight a distant war in France. Driven by the belief that their membership in the American elite required certain sacrifice, schooled in heroism and the nature of leadership, they determined to be first into the conflict, leading the way ahead of America’s declaration that it would join the war. At the heart of the group was the Yale flying club, six of whom are the heroes of this book. They would share rivalries over girlfriends, jealousies over membership in Skull and Bones, and fierce ambition to be the most daring young man over the battlefields of France, where the casualties among flyers were chillingly high. One of the six would go on to become the principal architect of the American Air Force’s first strategic bomber force. Others would bring home decorations and tales of high life experiences in Paris. Some would not return, having made the greatest sacrifice of all in perhaps the last noble war. For readers of Flyboys, The Greatest Generation, or Flags Of Our Fathers, this patriotic, romantic, absorbing book is narrative military history of the best kind.

Marc Wortman is an independent historian and freelance journalist. He is the author of four book on American military and social history, most recently Admiral Hyman Rickover: Engineer of Power (Yale University Press, 2022). His other books are 1941: Fighting the Shadow War, A Divided America in a World at War (Atlantic Monthly, 2016); The Bonfire: The Siege and Burning of Atlanta (PublicAffairs, 2009), and The Millionaires’ Unit: The Aristocratic Flyboys Who Fought the Great War and Invented American Air Power (PublicAffairs, 2006). A prize-winning feature-length documentary based on The Millionaires’ Unit is available on streaming services. He is presently writing The Greatest Capitalist Who Ever Lived: Thomas Watson Jr. and the Epic Story of the Creation of America’s Most Successful Industry (PublicAffairs, 2023).

As an award-winning freelance journalist, Marc has written for many publications, including Vanity Fair, Smithsonian, Time, Air & Space, and The Daily Beast. He has spoken to audiences around the country and has appeared on CNN, NPR, C-SPAN BookTV, History Channel, and other broadcast outlets. He has taught at Princeton, Quinnipiac Universities and a college program at a maximum security prison. He was the recipient of a New York Public Library Research Fellowship and was the 2014 Jalonick Memorial Distinguished Lecturer at the University of Texas Dallas.

Following college at Brown University, he received a doctorate in Comparative Literature from Princeton University. He and his family live in New Haven.