De Rothschild, ventured to North and South poles in his twenties, traversing Antarctica and crossing the Arctic from Russia to Canada, and was among the first crew to travel the Pacific Ocean on a catamaran made entirely of plastic water bottles. De Rothschild’s brand of restless exploration sees him crisscrossing the globe to preach conservationism through awe and wonder. How do we inspire action, not scare people into it?

David de Rothschild is an environmentalist, explorer, optimist and unlikely poster child for reversing the effects of climate change – ‘activist’ and belonging to one of the world’s wealthiest banking dynasties rarely exists – but over the last two decades, his reputation has grown as one of the world’s modern explorers.

David is leading a new generation of action-oriented change makers, building a collective spirit of hope that the fate of our planet can be rewritten. Driven by his immeasurable curiosity for the natural world he has ventured to some of the most remote and fragile ecosystems on our planet in order to bring widespread attention and innovative solutions to urgent global environmental issues.

David’s unwavering belief that we must work together and question a ‘that’s just the way we’ve done it’ mentality, is best exemplified in the Plastiki project. In early 2010 David and the team at MYOO designed and built the fully recyclable catamaran made of 12,500 reclaimed plastic bottles and sailed 8,000 miles across the Pacific to alert the world to the devastating effects of single use plastics. His message was heard around the world by millions.

Beyond the physical feat of his adventures, David has a relentless passion for educating others that has led UNEP, National Geographic, Clean up the World, World Economic Forum and the Clinton Global Initiative to recognize David as a Climate Hero, Emerging Explorer, a Global Clean Up Ambassador, a Young Global Leader and member of the Clinton Global Initiative Lead.

Since 1996, the Tribal Trust Foundation (TTF) has been identifying sustainable grass roots projects which will help preserve the living arts and traditional wisdom of indigenous people. Tribal Trust partners with local organizations whose experience and existing relationships can sustain these joint initiatives over the long-term. The Tribal Trust global initiative has supported many wonderful and distinct cultures, including campaigning for the survival of the San Bushman, assisting cultural preservation of the Monpas in Bhutan and other projects in East Timor, Spain, Australia, Southern Africa. Assistance is also given to the Navajo, Chumash, the Standing Rock Sioux Water Protectors, and other Water/Earth/Life advocates. 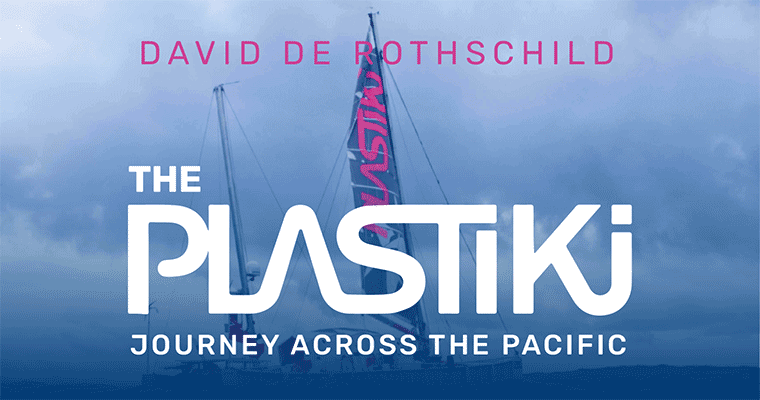 Exclusive satellite interview from the Pacific Ocean with British explorer, ecologist, and environmentalist David de Rothschild and his crew aboard The Plastiki, a 60-foot catamaran built entirely of recycled plastic bottles.